Our hearts beat for technology and we love hotels. To serve this amazing industry, we have developed the SAMFEX software solution. SAMFEX stands for Service & Maintenance, supporting 360 degrees of the hotel asset and hotel service. We are passionate about our product and would go out of our way to make SAMFEX better and better. The success of SAMFEX is based on the ideas of our hotel customers and our innovative teams working together to constantly improve the software. We are driven by our passion to re-think and innovate. making SAMFEX the most flexible software solution on the market. 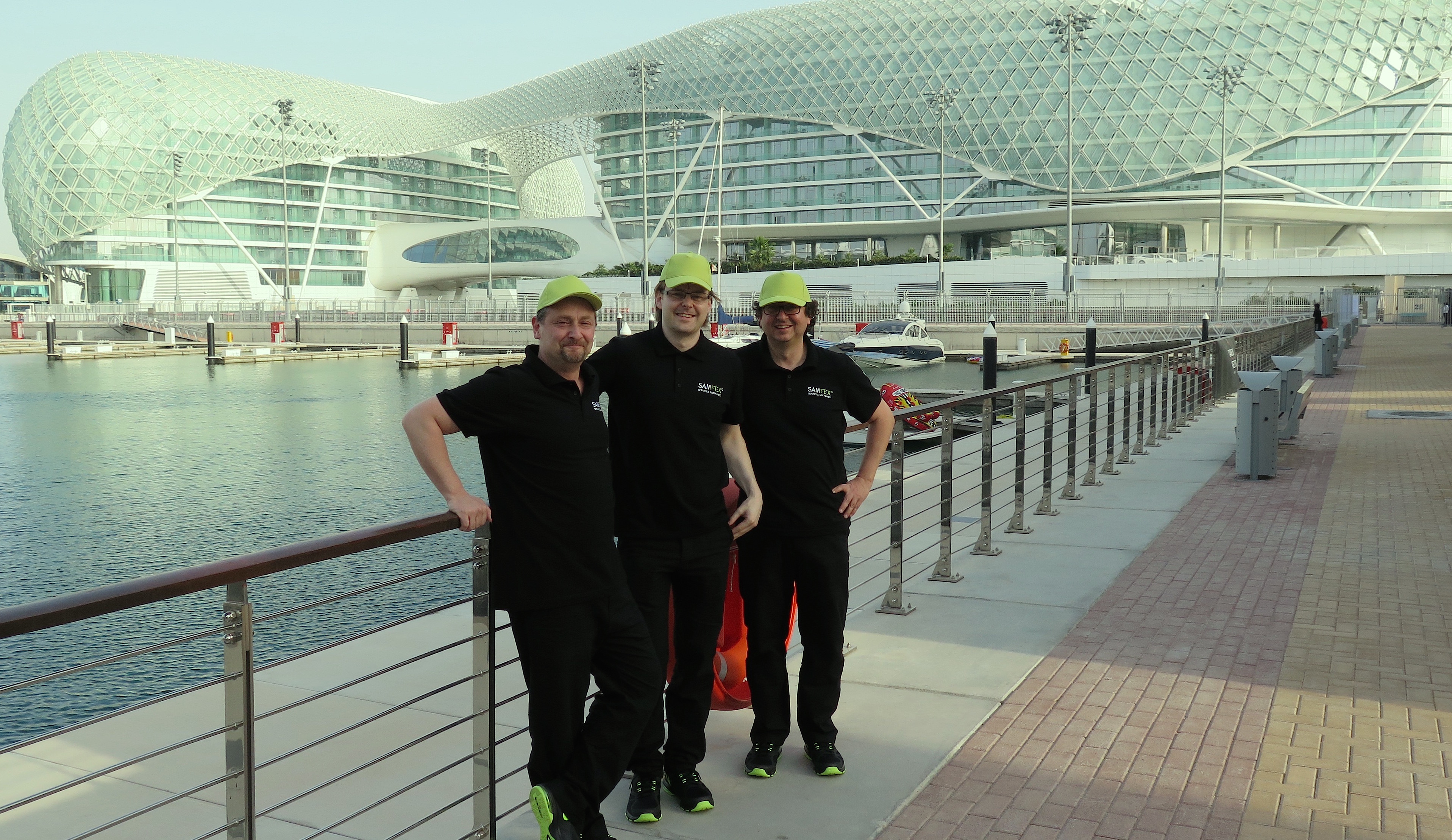 Our hearts beat for technology and we love hotels. To serve this amazing industry, we have developed the SAMFEX software solution. SAMFEX stands for Service & Maintenance, supporting 360 degrees of the hotel asset and hotel service. We are driven by our passion to re-think and innovate. Making SAMFEX the most flexible hotel BOH software solution on the market.

Alex studied Electrical Engineering, specializing in Microelectronics & Data Technology at the Technical University of Darmstadt. After managing the Konnexionen GmbH focussing on network technology, he joined Hyatt International as Director of Information Systems. He was  responsible for the IT Technology in Europe, Africa and the Middle East, opened 11 new Hyatt Hotels throughout EAME and was responsible for the IT and network related projects, such as the introduction and implementation of a central European IT help desk.  After nearly a decade of field experience in IT operations in hospitality he founded Mellex and launched SAMFEX in 2011 as the core product. When not “innovating” for SAMFEX, his pasttime is often filled with his second passion, maintaining cars.

Marcus has successfully graduated as Information Systems Specialist, certified by the Chamber of Commerce in Mainz. For three years he was part of the IT help desk team supporting the Hyatt Hotels in Germany. Remote, as well as on-site hotel IT support were his main responsibilities. After his graduation, he worked as a Software Developer at Synium, specialised in iOS and app development. In 2010 he joined the Mellex team and is the Head of iOS programming and interfaces. On top of being an exceptional software developer, Marcus is a proud father, enjoys cycling and snowboarding.

Svenja is a “veteran” in the hotel industry who started her career as a hotel apprentice, followed by a management training at Hyatt. She has worked in Hotels in Germany, Kuwait, Singapore and Tahiti in Rooms Management. After years in hospitality she shifted to events management and worked as project manager in several renowned event agencies. Svenja is a true globe trotter with a real passion for hospitality. She loves to balance work with a hike in the mountains.

Following English studies in France, Anycia has obtained a certification in tourism, with a speciality in designing and selling all inclusive holidays. She then moved to the hospitality business by joining ACCOR where she started as a receptionist and eventually became reservation/yield manager. In the last 5 years, she has worked with training centers and hotels to train staffs on reception and reservation technics as well as professionnal English. Anycia has lived in England and France where she is now working as part of SAMFEX installation/training team. When she is not traveling to hotels helping them implementing SAMFEX, Anycia loves acting and singing, and escape games !

Richard has 43 years experience in construction globally, with key projects in Europe, Middle East and Asia. He worked as a senior manager in construction companies and has acted as consultant. His experience covers design management, development, refurbishment and especially turn- key construction for hotels, hospitals, residential, retail/ shopping malls, energy plants, golf courses and airports. Golf is his passion outside of work.

We are excited to have S.A.M. on the team! S.A.M. is responsible for pointing users in the right direction, offer help when needed, identify errors and celebrate success. He sporadically appears and his job is to improve the SAMFEX  user experience. If you want to contact S.A.M. directly, write to sam@mellex.de

The SAMFEX team further consists of on-call multi-lingual Installers, Developers, Administration support and  a 24/7 Help Desk Team. You are the backbone, thank you!